The carbon cycle is held in balance by the movement of CO2 and other forms of carbon between the major carbon pools around the globe. The largest pools of stored carbon are found in fossil fuel supplies, as well as in the atmosphere, oceans, soil, and forests. 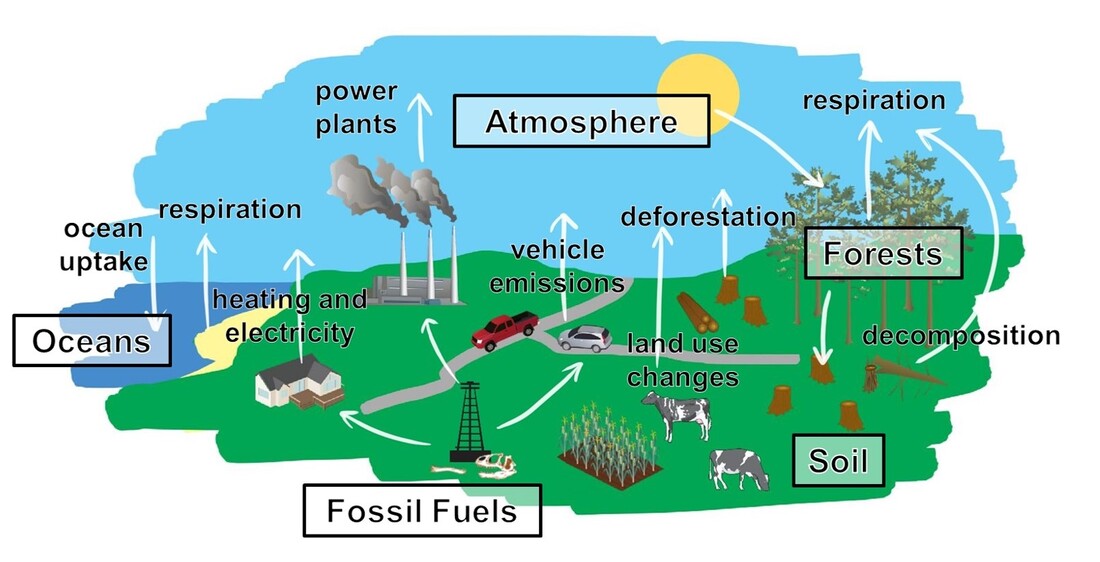 The movement of carbon between these pools is known as the Global Carbon Cycle. The balance of these different pools is changing as we burn vast amounts of fossil fuels to power our society. This releases large amounts of CO2 into the atmosphere and oceans. When atmospheric CO2 levels rise, more heat is trapped from sunlight, increasing Earth's ambient temperature and causing changes in atmospheric and oceanic circulation patterns. These changes result in extreme weather events, such as stronger tropical storms and hurricanes, heavier rains and snows, extended droughts and heat waves. As ocean CO2 levels rise, the water becomes more acidic, threatening sea life around the globe.